Speed and mobility have been decisive factors in modern warfare since at least World War I. This is true of all domains of combat, including the air and the sea. However, the difference in the operational mobility of various military armored vehicles on land is quite tremendous. It can mark the difference between life and death in the heat of battle.

History shows that sacrificing mobility for brute force or cost-saving can paralyze entire armies, resulting in encirclement and surrender. This is true of battles dating as far back as 216 B.C. Back then, Hannibal utilized the higher mobility of his forces to annihilate a large Roman army at Cannae.

Roman heavy infantry suffered another crushing defeat at the hands of Gothic cavalry at Adrianople in 378 C.E. Only after that, the Empire finally learned to prioritize mobility over impact weight. As a result, it will survive for over a thousand years more.

During World War II, German engineering over-extended the capabilities of its military armored vehicles. This oversight resulted in disaster. The Wehrmacht lost more of its powerful Tiger tanks to malfunction and strategic outflanking than in direct combat.

Recently, armed forces across the world have been shifting from bulky to swift military armored vehicles. One of the easiest ways this can be done is by replacing tracked vehicles with wheeled ones.

Compared to tracks, inflatable tires are cheaper and simpler. Therefore, they offer better speeds and easy maintenance. Tires also have a softer ground impact and lower logistical burden on the entire army.

Manufacturers have now produced reliable and fast wheeled military vehicles. These include self-propelled guns, ICBM systems, APCs and light armored vehicles. One legendary example would be the American ‘Humvee’ jeeps. Some of these vehicles can be very heavy (up to dozens of tons).

The tires alone have to bear all this weight. They are one of the most critical components of the entire machine. In combat, tires can sometimes be punctured and stop functioning. To deal with this issue, military forces now rely on run flat tires.

‘Runflat tires’ are a relatively recent technology. They have many advantages over conventional tires, despite the higher costs. Run flat tires have two layers instead of one.

Their inner solid core is designed to support the vehicle for some time after a puncture. Some run-flat tires might rely on ‘self-healing’ technologies to prevent air pressure loss.

With run-flat tires, the army does not have to carry spare tires into battle. Even if a tire gets deflated, the vehicle can continue to travel toward safety. These tires can support speeds as high as 50 m/h (or 80 km/h) for up to a few hours.

As we have seen, one of the most important challenges in using runflat tires is their higher cost. It is here that GM Defensive’s Runflat Changer comes into play. It is an affordable, compact machine that comes in three different varieties. It can operate in all types of environments.

The run flat changer has a long and flawless record. It has been used in dozens of countries across the globe.

The run flat changer is controlled remotely. It has an integrated electric-powered hydraulic system. The device can

2)disassemble the flange and locking rings and the rim

3)remove or change the run flat in the vehicle’s tires.

The entire process can be repeated in the opposite direction and the tire reassembled within minutes. Everything from wheel position to inflation level is customizable.

The mechanism behind the Runflat Changer is incredibly easy to learn. There is no need for specialized training and complicated machinery.

Further, it ensures the reusability of the tire and the vehicle, saving time and money. The facility occupies only a small space. It can even be carried into zones of operation to reduce the logistical train. 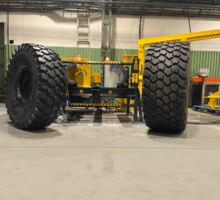 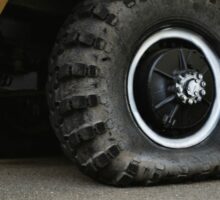 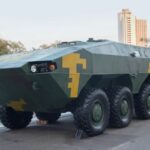 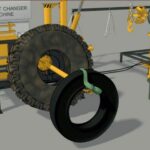 New Army Technology: Run-Flat Tire Changing Machine
By continuing to browse this site, you agree to our use of cookies.